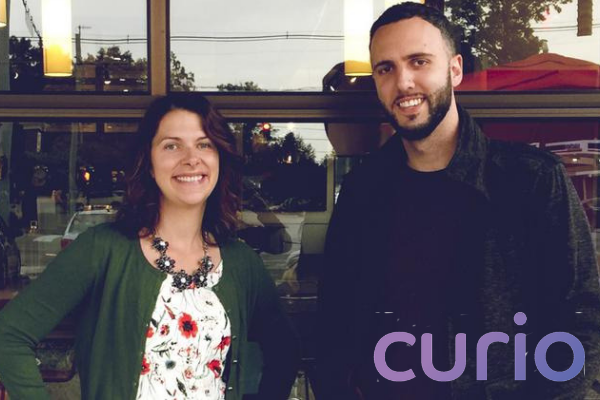 *Curio Learning is a visual organizer for teachers to get creative and discover new ideas, curate them beautifully, and collaborate with other teachers around the world.
What traction do you have so far?
The platform itself is in Beta testing at the moment with close to 200 onboarded users from around the U.S. These users included current and former state Teachers of the Year, engaged educators such as Hope Street Group fellows, and education leaders like directors with district, state level, and education organizations. We’re constantly iterating features to provide the best experience for innovators in education who want to share their ideas, grow as professionals, and connect with others like themselves. The live product will launch in the winter of 2019.
Why did you found Curio?
A couple of years ago I was teaching To Kill a Mockingbird to my freshman English students. One day they came in and were engrossed in a very intense argument. I could not get their attention away from their back and forth bickering. Most everyone in America was having the same argument that day–The Dress. Was it black and blue or white and gold? There was no teaching the book that day. But the skill I wanted to teach was point of view, so I decided to lean into it. I pulled up a picture of the dress and I wrote Atticus Finch’s famous line, “You never really understand a person until you consider things from his point of view” on the board. Then I paired the students according to opposing viewpoints on the issue of the dress and told them they had to present the other’s perspective on the argument. It was a great, powerful, creative lesson that resonated with my students and their passions. But no one else knew I taught this lesson. And if that is true for me, it is true for every other teacher out there who is using real-time, real-world content to craft powerful lessons that stay mostly inside their brains, or maybe inside a school building. Teachers need to learn from one another.
Story or moment of inspiration to start Curio?
I submitted a proposal to the Redesign Challenge through the Gates Foundation, which asked educators to offer solutions to problems in education. I was invited to attend Innovator’s Weekend (similar to Startup Weekend, but for teachers), where I created a Curio prototype through the design thinking process.
When I first received an email requesting submissions to the Gates Foundation’s Redesign Challenge, I deleted it. As a self-described Luddite, I didn’t think I had anything to offer to a technology-based competition. But later that night, I came up with the idea for Curio and decided to submit my plan to the challenge. Over the next year, the idea stayed in the back of her head as she served as the 2016 Kentucky Teacher of the Year, worked as the Teacher in Residence for the Kentucky education department, and studied Finland’s school system through an Education First scholarship. While in Finland, Lamb-Sinclair met with the development team behind Angry Birds and shared her goal of making Curio a reality. I remember kind of picking their brains about it, and they were like, “you need a team, you need a co-founder, go back and just do it,” In 2018, I left my full-time teaching position to work full-time and finish developing Curio with my co-founder, Tarik Nally, a digital designer from Louisville.
What’s a memorable moment in your entrepreneurial journey?
The past few months have been the best of all. We won the Navitas Ventures Prize at the Milken Penn Education Business Plan Competition in May, then was accepted into the LearnLaunch Boost 2018 class, and just recently won the grand prize in the Uber Pitch competition at the Girlboss Rally in NYC. It feels like we’re finally gaining momentum and the validation from outside of our team and network feels empowering. It’s good fuel!
What is the biggest challenge you anticipate facing over the next 6-12 months?
Our biggest risk is coming across as inauthentic to educators and appearing as a profit driven company, instead of an impact driven company in the eyes of teachers–our users and initial customers. Teachers are wary of for profit companies and organizations that don’t understand the service they provide to communities and students. We’ve attacked this concern from the beginning by providing a blog to elevate teacher voices, by engaging teachers in education chats (edchats) on Twitter, by promoting the work of educators through our Rebel Teacher of the Week campaign, without asking for anything in return, and by seeking to support teachers, rather than exploit them. Being an educator, woman, and multi-culturally founded team helps us break barriers and grow a business that can make a lasting impact, and our thoughtful integration of educators as team members who drive social media and marketing provides in house brand ambassadors to build trust with our users. For orgs, a current barrier is a lack of proven traction within an organization, but through relationship building and my network and sphere of influence, several schools and districts are willing to pay for pilots to provide the proven track record that will bring other orgs along. Our goals over the next year are to increase our user base, increase user engagement and retention, and convert to paying customers.
Why did you choose LearnLaunch?
We chose LearnLaunch because of its reputation and network. As a recent classroom educator, I myself have used some of the products that have come from LearnLaunch companies, and there is a notable difference. Now that I’m in the program, I understand why: Because LearnLaunch makes it about people first. It’s something I can feel as a program participant and I know as an educator on the ground too. We are honored and humbled to be part of LearnLaunch.